How has the internet impacted terrorism? 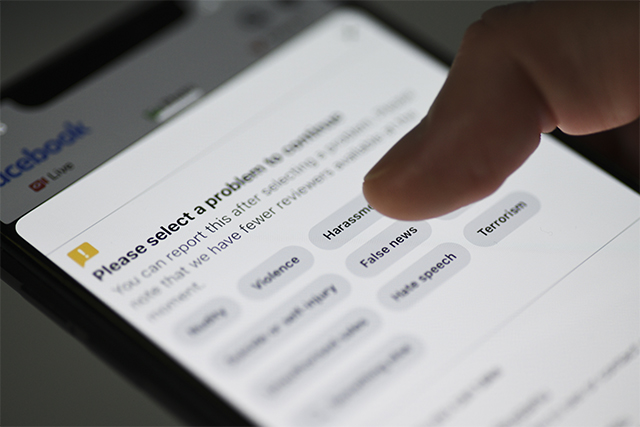 “International and domestic violent extremists have developed an extensive presence on the Internet through messaging platforms and online images, videos, and publications,” reports the FBI. “These facilitate the groups’ ability to radicalize and recruit individuals who are receptive to extremist messaging.”

For students studying counterterrorism, it’s vital that they understand both the history of terrorist attacks made via the internet and how to prevent future attacks. While internet attacks might not result in damage to physical structures, the impact is often further-reaching, resulting in the spread of false and damaging information.

Maya Villasenor dubbed 2020 “The Year Disinformation Went Mainstream,” in a blog post for the Council on Foreign Relations,“The past year has taught us that disinformation will be one of the most significant and pervasive challenges of the digital era,” says Villasenor.

Part of the issues result from how social media websites make money – the more shares and clicks a post gets, the more that company benefits financially.

As Villasenor explains, “Social media platforms, whose algorithms are largely responsible for circulating, promoting, and amplifying falsehoods, derive profits from engagement and have little incentive to curb potentially viral and controversial content.”

Some strides are being made to combat internet terrorism at the government level. In October 2020, the European Union agreed to a new law that states terroristic content must be removed within an hour of receipt of a removal order. However, internet platforms aren’t required to monitor or filter content, just to take specific measures once content is identified.

Therefore, the burden for remediating terroristic efforts online falls to those combatting cyberterrorism as part of their day-to-day jobs. Unlike a physical threat, you can’t search for explosives or suspicious actors at a checkpoint.

In a report from 2012, the United Nations cautioned that there was no universal tool to specifically address internet-based terror activity. Nearly 9 years later, while cybersecurity tools have expanded greatly, a specific tool for terrorism is yet to be created. There have been solutions proposed, using technology like machine learning and artificial intelligence, though even that methodology comes with its own set of issues.

Counterterrorism students will need to herald the fight against internet-based attacks, creating the next great tool to prevent the spread of disinformation and to protect internet users around the world.

Want to learn more about counterterrorism? Capitol Tech offers an Online Bachelor’s in Counterterrorism, along with bachelor’s, master’s and doctorate degrees in security, intelligence, and critical infrastructure and cyber and information security. Many courses are available both on campus and online. To learn more about Capitol Tech’s degree programs, contact [email protected].